Gone are the days when restaurant menus were just a single piece of paper or plastic cardboard that lists down the meals offered by the eatery, along with their corresponding prices. Restaurant menus of today have evolved beyond that. But what makes up a good restaurant menu? Well here are some of the things that customers have to say about it…

An ideal restaurant menu, according to many customers, is one that has pictures of the foods offered by the restaurant. Majority of diners in restaurants order foods which they are able to see in pictures. The reason for this is that most people can be somewhat visual, aside from being nasal, when it comes to their food tastes. When a customer sees something that is pleasing to the eye or looks delicious to eat, they would, most often than not, go for it! This is so for a lot of customers.

Another thing that customers say makes a good restaurant menu is one that has nice as well as understandable descriptions. Pictures can be very important for customers, but so are descriptions. To all of you restaurant owners out there, keep in mind that not all people are that knowledgeable or familiar with the different kinds of cooking styles as well as cooking ingredients. So, it would be best to have a menu that not only has images, but clear descriptions of the offered dishes at the very same time. A customer would like to know if the food is grilled, fried, boiled, broiled, etc. It would also be best if they have an idea of all the ingredients, or at least the main ones, used in preparing the dishes.

Now talking about descriptions, customers prefer them if they are written using clear but visually pleasing fonts. As a customer, they would want to be able to read the title of the dish, together with the description without any troubles at all. Understandably, no client would want to suffer the embarrassment of ordering the wrong thing! The standard for most restaurant menus these days is a slightly elegant font for the name of the dish, while underneath it is a clear as well as much simpler font for its description. This is acceptable for majority of customers.

For customers, a restaurant menu that has pictures of the dishes as well as good and understandable descriptions of which is what makes an excellent restaurant menu. 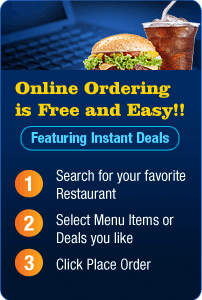